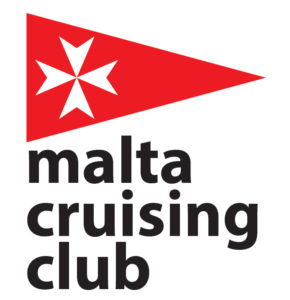 in alliance with Gozo Cruise & Crews 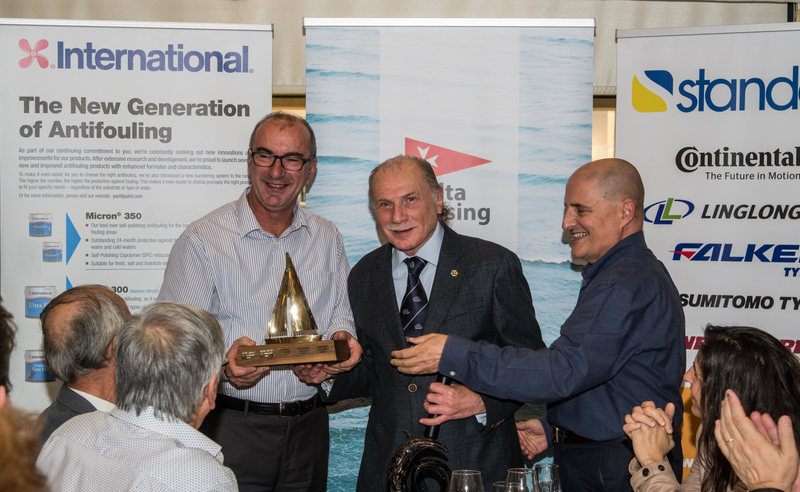 John Cini presented with the Commodore's Award by Wilfred Sultana 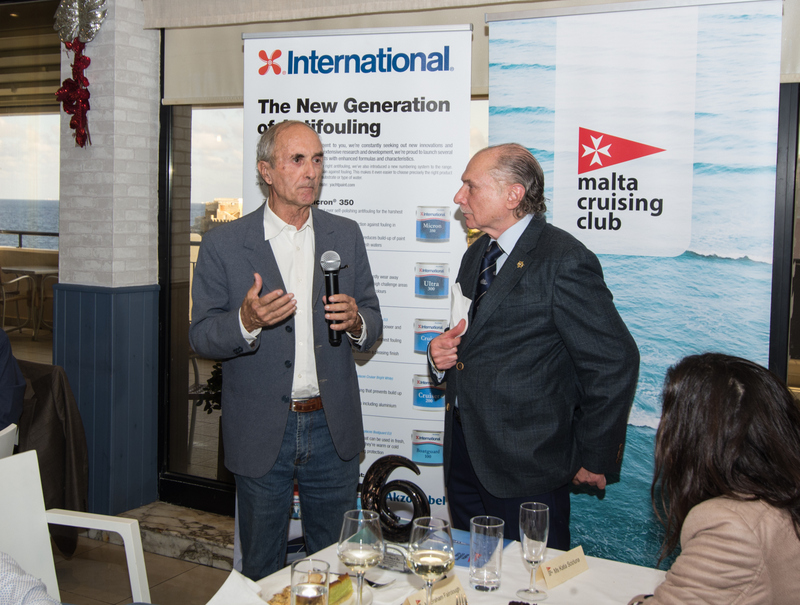 We thank all members who attended to our annual Commodore’s Lunch (previously known as the End-of-Year Lunch) which this year took place on Sunday 1st  December 2019 at the Marina Hotel Corinthia Beach Resort in St Julians.  Over 80 members attended for the Lunch and we are very happy with the ever increasing number of support we get from you for such events.

This year, the Commodore's Award has been presented to, John Cini , a well known and popular member of the Club.  During the Lunch, our Commodore Wilfred Sultana handed over the Commodore's Award to John Cini in recognition of the support he gave and continues to give to the Club and its members.   John was also presented with two bottles of special wine bottled for the Royal Cape Yacht Club (RCYC) of South Africa donated by the same Club to Commodore Wilfred Sultana in a recent visit to South Africa.  Our sincere congratulations to John.

Also during the same Lunch we presented a commemorative Mdina Glass Award to the founder of the Club, Prof Antony de Bono who today lives in the UK.  The Award was handed to Mr Graham Fairclough, a close friend of Prof de Bono, who will hand it over to Mr de Bono in UK.   Also present for the Lunch was Prof Daniel Darmanin who was also a member of the first Committee of the Club when it was set up in 2005.

Special thanks go to Standard Group and International Paints who were the main sponsors of some of the activities of the Club during the year.  Present also for the Lunch were Mr Ray Cuschieri representing Standard Group and Mr Andrew Magri Overend representing International Paints.  We also thank the Royal Cape Yacht Club of South Africa for the donated wine and for the burgee of their Club. 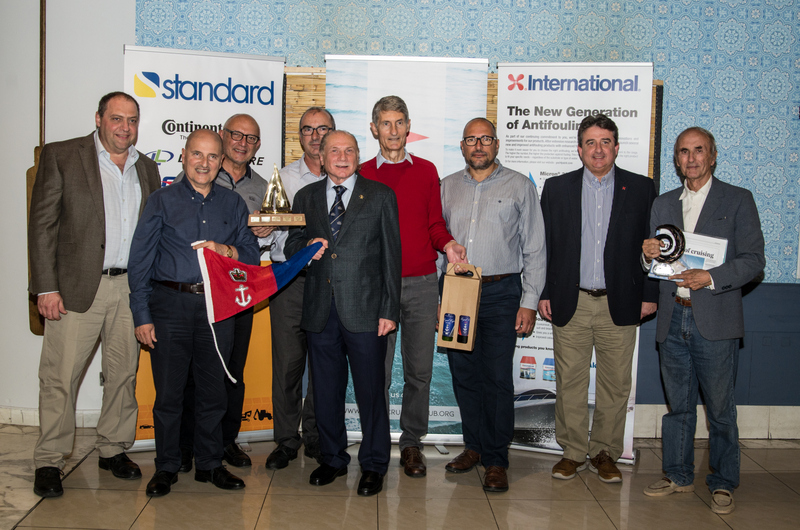 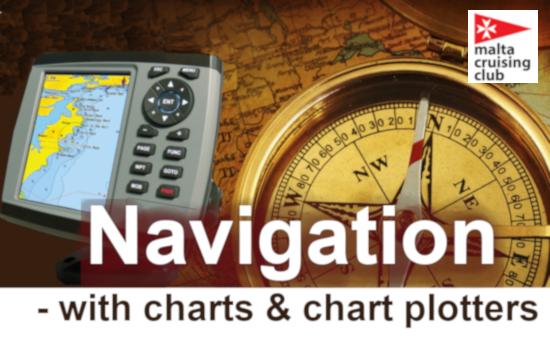 Talk given by David Jones, a member of the Club. 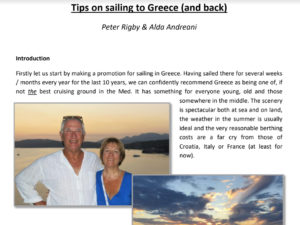 Tips on sailing to Greece and back

Members Peter & Alda sailed to Greece this summer via Sicily and Southern Italy, rather than straight across the Ionian Sea.

They have prepared a very detailed account how they did it; which ports they visited and other useful tips for all members who would love to cross over to Greece but find the 300 odd miles that separate Malta from the coast of Greece daunting to cross in one go.

Seven boats took part in the International Siracusa Cruise with boats departing in ideal weather conditions to Marzamemi early on Saturday 27 July 2019 and berthing at Marina di Marzamemi early in the afternoon.

The boats were off again the next day to Siracusa for a four night stay in the beautiful Ortiga island of Siracusa. The return trip included another stop at Marzamemi before sailing back to Malta, once again in ideal weather conditions.

The Club would like to thank the skippers and crews of the boats that took part and also the sponsors of this Cruise; Med Tek Limited, agents and official distributors of International Paints in Malta. 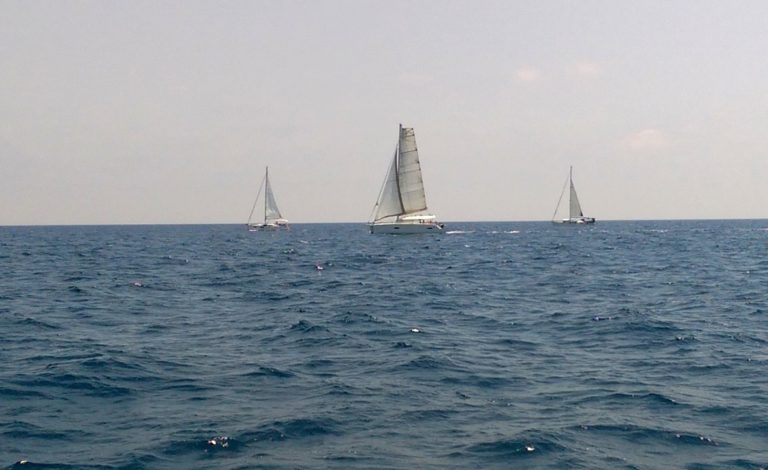 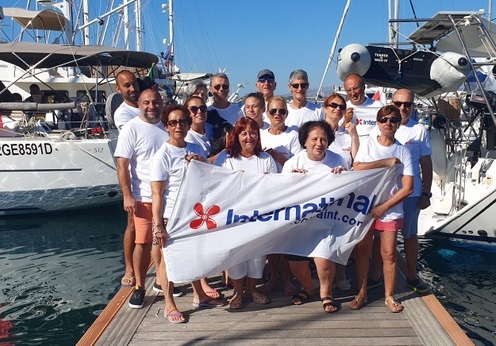 Group photo of some of the crews at Siracusa 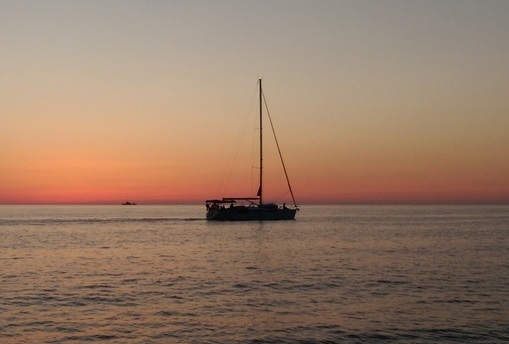 Departure from Marzamemi just before sunrise

Most of the boats, skippers and crews are back from the Cruise to Scoglitti, Licata and San Leone.   It was a great time together.  In all 9 boats took part and the weather was reasonably kind for most of the way.

Another group of 7 boats lead by Pierre Aquilina on Windchaser ventured all the way from Licata to San Vito Lo Capo and beyond visiting the Egadi Islands.  Some boats are still in navigation doing a clockwise circumnavigation of Sicily.

The boats taking part in the Cruise to Scoglitti, Licata and San Leone were:

The boats touring the South Coast of Sicily were:

In all 16 member boats took part in the South Coast of Sicily cruises in the first two weeks of July. 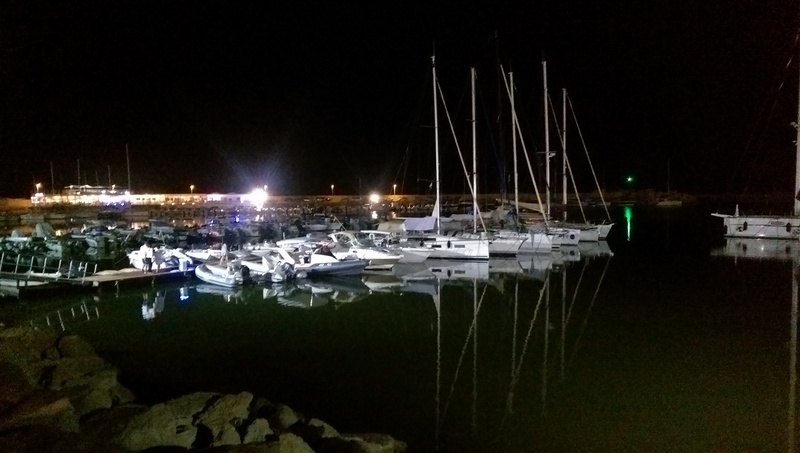 The Boats at Marina La Ponente in Scoglitti 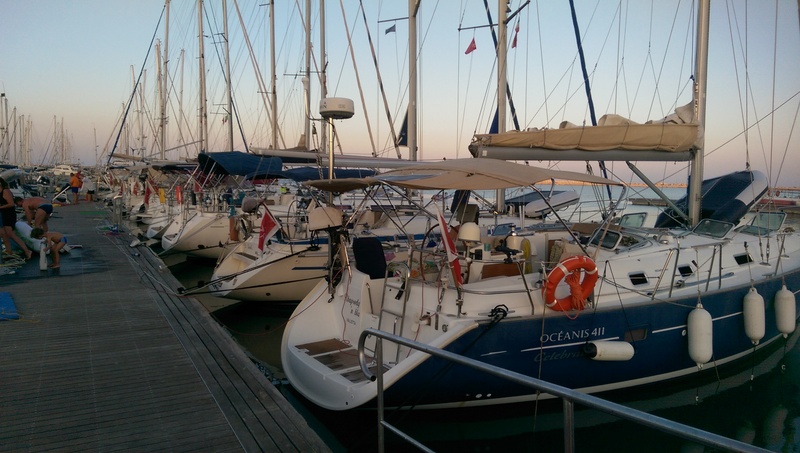 The Boats at Cala del Sole in Licata

All the boats and crews are back from a very successful 7th edition of the Sette Giugno Pozzallo Cruise, this year sponsored by Falken Tyres and by their local agents Standard Group of Santa Venera.

In all, 33 sailing boats took part in this event occupying almost the entire Pozzallo marina from Thursday 6th June to Sunday 9th June.  A briefing of the skippers took place on Monday 3rd June and the departure from Malta and the entire program of events in the three days in Pozzallo went according to plan.

This event is coordinated by the Malta Cruising Club with the cooperation of the Lega Navale (Sezione Pozzallo) under the patronage of the Comune di Pozzallo. 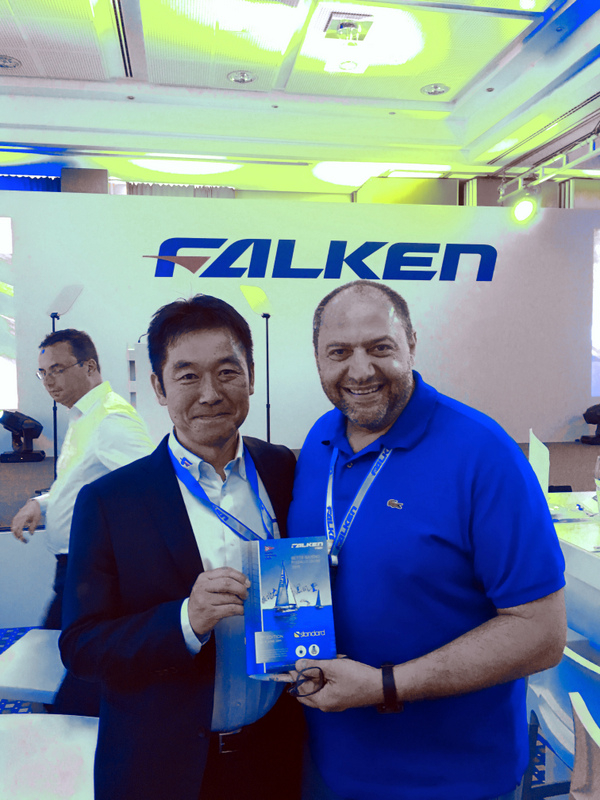 The 2019 Quiz Night took place at the North Country Bar and Restaurant in Bahrija on Friday 17 May 2019.

There was lots of fun, good food and fierce competition between the teams taking part!

A wonderful evening with the members of the Gozo Cruise & Crews Club at Ferdie's Restaurant in Mgarr on Saturday 20th April 2019.

Over 32 members of the Malta Cruising Club joined another 40 members of the Gozo Cruise & Crews Club in an Easter Dinner last Saturday.  The food was excellent and the organisation was impeccable, thanks to Caroline and her team in Gozo.  Everyone had lots of fun, including some improvised singing from members of both Clubs. 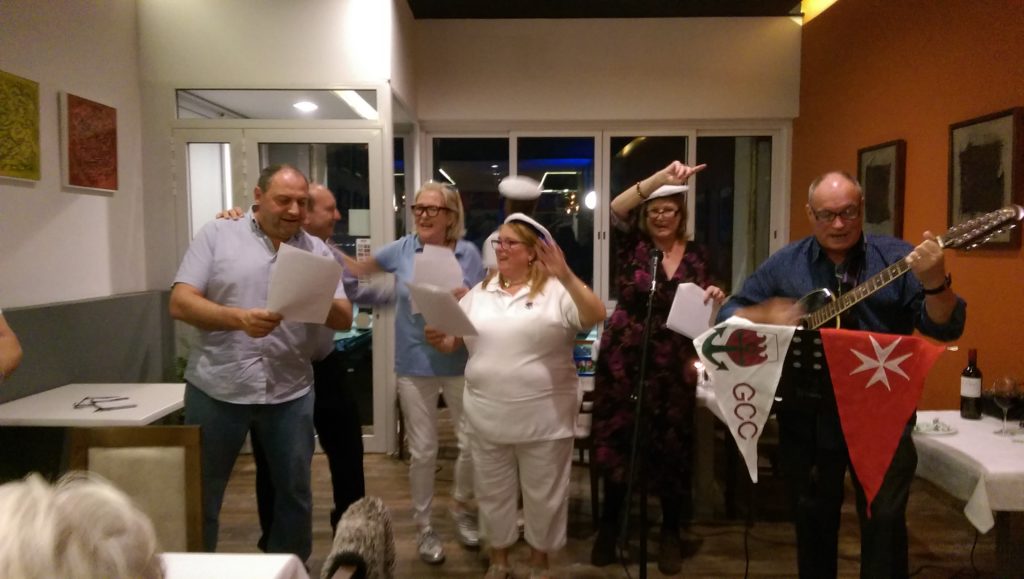 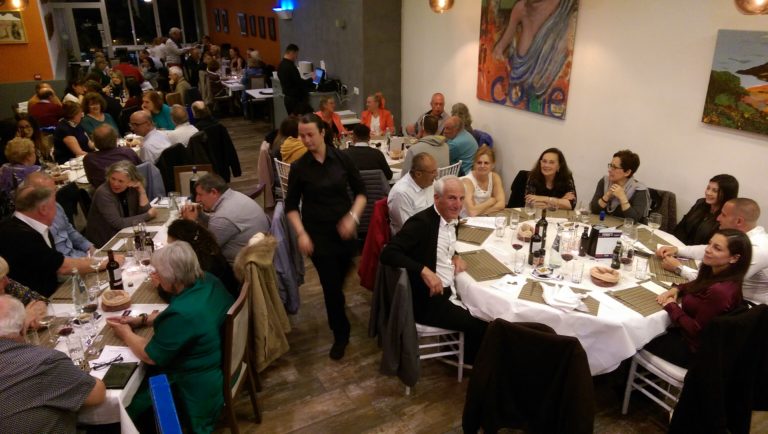 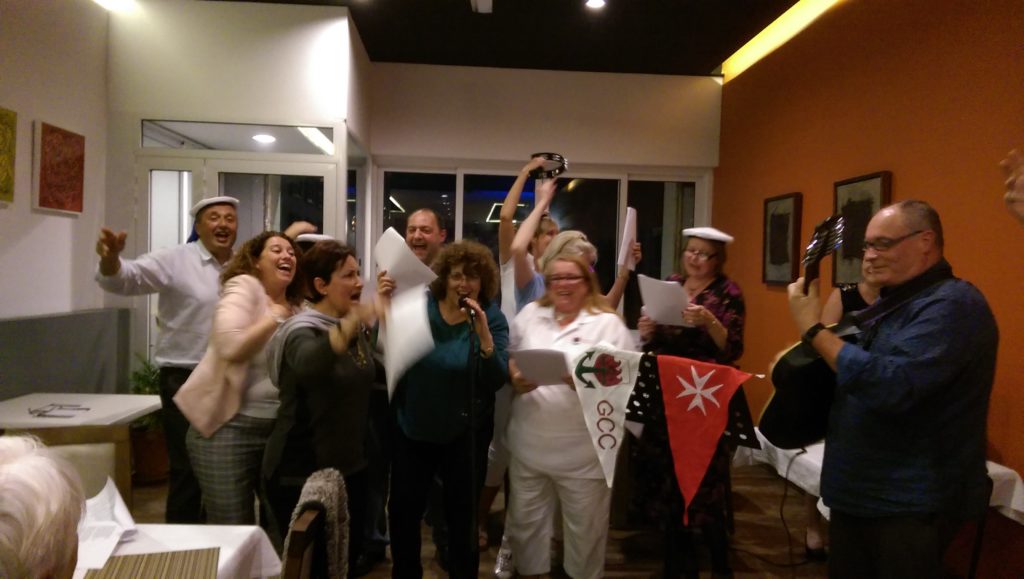 Anti-Fouling Your Boat – a Presentation at the Waterfront Hotel 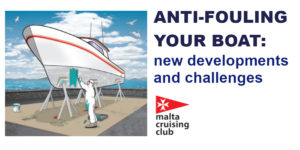 The Anti-Fouling presentation that took place on Friday 5th April 2019 at the Waterfront Hotel in Gzira was very well attended.  Thank you for all the members that turned up in spite of the unfavourable weather that evening.

The presentation was sponsored by International Paints and all those present learnt about some interesting products that will soon hit the market which will make the life of each boat owner much easier.

The presentation was followed by a Buffet Dinner. 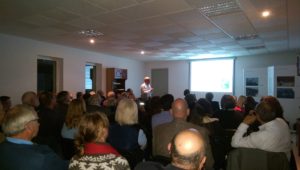 A record number of members turned up for the Marine Diesel Engines - Care and Maintenance presentation given by our member John Cini at the ATLAM Sub-Aqua Club in Bahar ic-Caghaq on Friday 22nd February 2019.

The 90 minute presentation was very well received by all present and we would like to thank John for his time and effort in delivering so much useful and interesting information. We would also like to thank the President of the Sub-Aqua Club, Joseph Azzopardi, also a member of our Club and the proud owner of sailing boat Funsail, for hosting our talk at the Sub-Aqua Club. 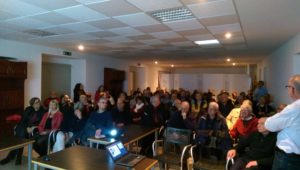